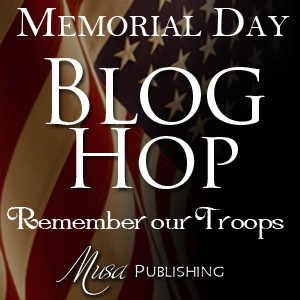 In The Blacksmith's Daughter, two of my main characters, Acwellen Lex'Magen and his friend Nerian Elidor, are both soldiers. I spent a great deal of time researching arms and armor and fighting techniques in order to make their story as realistic as I could make it. However, as hard as I tried to make it "feel real" in fiction, I cannot come near to presenting combat as it must truly be from the inside.

I have the utmost respect for those men and women who gear themselves up and head out into danger because they love their country and will risk their lives to defend their homeland. I tried very hard to capture some of that feeling with Acwellen even though the enemies that confront him are wizards and monsters. 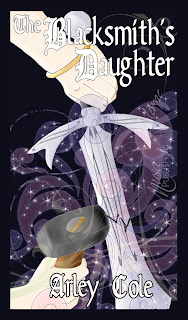 
She believes she is only a blacksmith's daughter, but he must discover


the truth or risk losing his land---and his life.

Acwellen Lex'Magen rules as liege lord of a small country bounded by forbidding mountains and powerful neighbors. When the neighboring baron, allied with a powerful wizard, attempts to take over his land, first by political, then by covert means, Acwellen finds an ally of his own in Enith Roweson, an unassuming blacksmith who possesses powers he's only known of in legends. As he attempts to unravel both the plots against him----including the nature of the monsters sent to assassinate him----and the mysterious powers Enith is only beginning to understand she has, he also finds himself falling in love with the blacksmith's daughter.
Don't feel lucky? Feel free to just buy a copy! Or read the sample for free!!