Why YOU Should Be Writing Fanfiction

Ah, fanfiction. It has such a bad reputation in many circles as being the literary domain of angst-ridden teenagers who dream of shooting Bella in the face and marrying Edward themselves. And it is absolutely not a writing cred in any publishing circle and you should deny deny deny that you have ever written a page of fanfiction if an editor or agent asks.


However, I am going to tell you why you DO need to be writing fanfiction and why you should be darned proud of it.


First of all, some of the best-written, most entertaining works of fiction I have ever read have been fanfiction. Sure, there’s crap to be found, but that’s to be said of traditional publishing as well. Unless you just want to be a snob for snobbishness’s sake, let go of the quality idea and the stereotypes and embrace the real power of fanfiction.


What power? you ask.


If you are a developing writer, fanfiction can be the best, cheapest, most fulfilling creative writing course you ever took. Answer the following:

If you answered yes to any of these, then you should absolutely be writing fanfiction.


Fanfiction has a long, stellar history (what is Shakespeare’s work but a fanfiction treatment of Lives of the Noble Greeks and Romans?) and has spawned some works of serious literary merit (think Wide Sargasso Sea—Jane Eyre fanfiction). It is the purest, best form of literary criticism. Good writing induces a desire to produce more good writing, to enter into the text completely in a joint creative act.


And what better way to explore a work than to spin out a new work from it? I firmly believe that if an author wants to know what readers really think about his work, he needs to read the fanfiction.


For the next few weeks, I’m going to run a blog series here called Fanfiction Workshop. This is Lesson One—Get Over Yourself and Embrace the Concept.


Your homework is to go read some fanfiction. Two of the biggest sites are www.fanfiction.net (where I am Arcole BTW) and www.archiveofourown.org (commonly known as AO3 where I’m waiting for my invite, along with the rest of the world). You can also find fanfiction at LiveJournal and Deviant Art.


Pick a movie/book/TV show etc. that you just freaking loved and dig around a bit in the archives on it. See how many fics are already out there. That will give you an idea of how likely you will be to get reviews on your work. Read and review while you are there. Somebody worked really hard on that piece. Give ‘em some love. It’s not like they can get a royalty check.


WARNING: Those of you who answered NO to the first three questions should be warned—fanfiction is addictive. If you are already a successful novelist with an agent/publisher and work to be doing, stay away. But if you are in the developing stages, this course can help you tremendously. Trust me.


So, what do you think? You in? Comment! It’s just like leaving a review at fanfiction.net! Subscribe by email so you won't miss Lesson Two--Overcoming Submission Anxiety One R&R at a Time! And share so the rest of the world can start writing too!
Posted by Leigh Daley/Arley Cole/me at 6:34 PM 9 comments:

Email ThisBlogThis!Share to TwitterShare to FacebookShare to Pinterest
Labels: An Archive of Our Own, AO3, creative writing, fanfiction, fanfiction.net 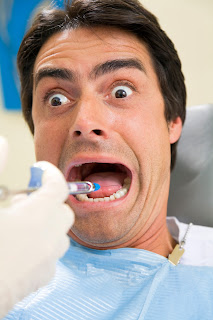 I just left the dentist's office and for the first time in my life, I am still laughing about it.

To me, the worst part of getting a filling is the sound of the drill. So I had the forethought to bring along the iPod and a set of good headphones, hoping that a little loud music would take care of it.

One of my favorite albums at the moment is Joris de Man's soundtrack to Killzone 3, a first-person shooter video game. In fact, go right now and start playing the first track, "And Ever We Fight On". It is a truly beautiful piece of music.

There's something invigorating about working to such purposeful music. The intense pieces make everything I do seem like a super-important covert mission for the government. If I'm posting on Facebook, it feels more like I'm communicating from my safehouse, sending out coded warnings about the impending alien invasion.

But the opening tracks aren't intense. They are sweepingly beautiful. While I was waiting for the shot to numb my mouth so the drilling could begin, I chilled out with the majestic flow, feeling like I was surfing the stars in my spaceship.

Unfortunately, just as the dentist lowered the light into my face, the tracks took a more sinister turn, and my imaginary spaceship was suddenly hijacked by savage aliens intent on drilling holes into my skull.

If I ever picked a sountrack of pain, this was it! This is music specifically written to make an imaginary life-threatening situation feel real. And the dentist is plenty threatening as it is. I realized I did not need the torture-chamber soundtrack to help it along.

I sat up, laughing like crazy. In fact, the dentist probably thought I was, especially since I was not on any happy gas to induce the giggles. I explained that I had to change tracks and switched to my next choice, Metallica's black album. It turns out that at extreme volume "Enter Sandman" drowns out the drill completely. In fact it sort of harmonized at times in a weird way.

The whole ordeal was over in the time it took the track to play and I was left with a numb mouth and a headache. But thanks to the quick intervention of James Hetfield and crew, at least maybe I won't have nightmares about alien abduction set to the Killzone 3 soundtrack.
Posted by Leigh Daley/Arley Cole/me at 6:48 PM 15 comments: